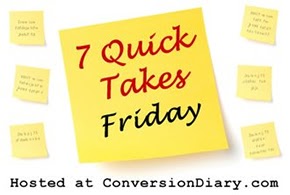 I updated my resume and publication log this year, I only have three articles to speak of and so it looks like I dropped off the planet by comparison with 2008,2009 and 2010.  Time to get back in the habit of submitting pieces (and ahem Sherry, writing them).  Hate that the well feels so dry. 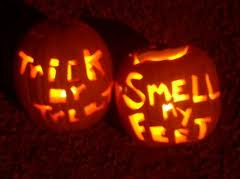 2.  Halloween
This year, I have a Tigger (the baby), a dinosaur (Paul), Rainbow Dash, a fairy princess, a werewolf, a movie star, a tween who is at the moment, undecided, a cat and two older kids who want very much to dress up but haven't determined what they want to be. 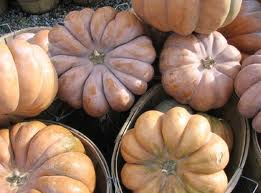 3.  Cheese Pumpkins
I got questions in my comments about what are cheese pumpkins.  They're very pale orange pumpkins, a creamy tan/orange in color.  They make awesome pies and cookies.   Here's my pumpkin pie recipe.  My family loves these so much, they say things like, "You only made six?"

Cream the butter and sugar until light and fluffy.  Beat in the egg yolks, spices, salt, pumpkin and milk/cream and extract.

In a clean bowl, beat the egg whites until firm but not dry.  Fold in 1/2 of the egg whites into the batter to mix and lighten whole mixture, then fold in the rest.  Pour into pie shells.   Bake on a cookie sheet at 350degrees for 45-50 minutes.  (I recommend a pie ring for the crust to keep it from burning).

Variants, fold in one cup of mini chocolate chips, yumminess.   Have cold milk and whipped cream at the waiting when it comes out of the oven and stand back.

4.  What I'm Reading: The Duty of Delight: The Diaries of Dorthy Day.  Remember I told you I was becoming a reader/reviewer?  This is my first opportunity. It arrived yesterday, so it's going to take me a few days to plunge through this and I'll post my thoughts once I finish, but I thought I'd at least mention the book.  I don't know much about this woman (admittedly I should but I don't), but this I'm quite sure will remedy that section of ignorance from my brain. 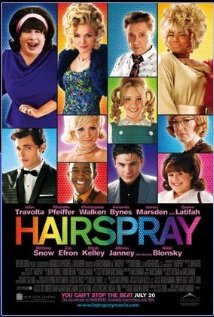 This weekend, we have tickets to a show at our daughter's high school.  I've never seen this musical so it should be fun.

6. Been introducing older kids to 1) silent films on the Classic Movie channel --we have two big fans, (one's even doing a report on Charlie Chaplin), and 2) classic Halloween stories.  One kid has discovered she loves Agatha Christie, and another likes the Frankenstein films.  A third is reading Dracula.   Nothing like a good scare for October 31st.

7.  Favorite Candies:  You knew it was coming.  I mean this blog has Chocolate in the title.  My favorite Halloween candies are Twix (the original), and Almond Joy.  Though admittedly, I have no problem being the clean up detail on all the snickers that go unloved in my children's candy bags.  I will make that sacrifice.  The things we mothers must do.
Posted by Sherry at 1:49 PM

My niece was in Hairspray this past weekend at her high school, could it be the same one? She goes to Mother of Mercy in Cincinnati, Ohio. I live in Texas so I couldn't be there, but my whole family came to support her!

Sorry Lauren, no. We live in Maryland.