Everyone knows about the Terrible Twos.  Threes however, are a closely guarded state secret. If parents of children 1095 days or older knew of what lay in waiting, well....let's just say, it's something one has to grow into.

Anna was being read a bedtime story by her older sister who is eight.  The older sister read from the big book of Clifford the Big Red Dog series.  I forget that three year olds are terribly self absorbed and literal.  So when she heard about the little red puppy jumping through the cream puffs and destroying the pies and then the wedding cake, she got very upset.

"Clifford is ruining my beautiful cupcakes."  she said, and began to cry.  The story was over, the moment lasted much longer.  No amount of explaining, this wasn't real. Clifford wouldn't really do that, they aren't your cupcakes, could release America's favorite crimson hound from the emotional doghouse of my toddler's mind.

I don't know where she gets her ideas, I think she's secretly coming downstairs and surfing the net.  We'd gone to a doctor's appointment for me, and she'd brought her favorite pink and red stuffed animal.  She calls it a kitty, but the tag says Chihuahua.   The nurse saw my daughter and tried to small talk with her. "What a cute little pink dog you have...." Big mistake.

The face was turning red, the fists were clenched with shaking fury, "SHE'S NOT A DOGGIE..." she started.  "HER NAME IS LOLA! SHE'S PINK and RED!"  The nurse gave me one of those, "Okay then." sort of looks.  I burst into, "Her name is Lola, She belongs with Anna, and she's a pink and red kitty not a Chihuahua."  and then it was my turn to get the "Okay then" look.   I probably shouldn't pun or sing when preparing to have blood drawn.

I've learned with this three year old in particular, that when she is hungry, tired, thirsty, hot, cold, sick or bored, we have a default setting and that is the tea kettle scream.   If you correctly guess the immediate need and meet it, you get a smiling gracious practically singing child.  If you don't, it's very unhappy.  So I run through the checklist whenever I see my little tea pot short and stout getting steamed up.   The big problems come when facts in reality don't line up with the accepted facts in her head.

We've been discussing potty training. She has plans to have a red cake with red frosting when she succeeds in being a big girl.  She also says, this is what she will have at her birthday when she turns eight.  Now she knows how to count, and in some cases has made it up as far as 15, and she knows she's three.  She also insists she won't be potty trained until she is a big girl.

Really hoping she just thinks 8 comes next, the way Lola the Chihuahua is a kitty.  But if it turns out she wants to be stubborn about things...I'm doing her 4th birthday party in all Clifford stuff. 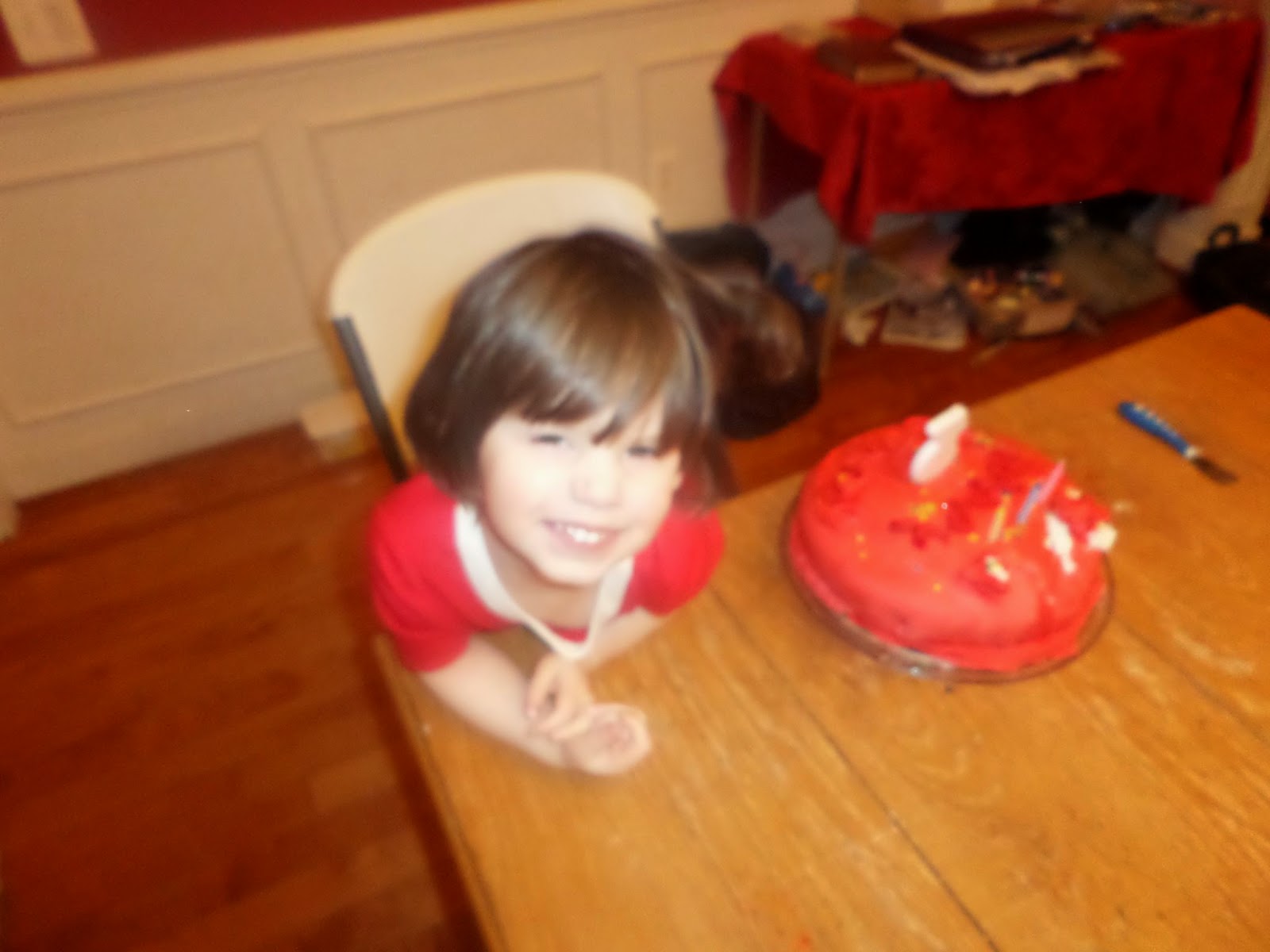 Anna at the beginning of her 3 year old year, before she didn't like the Big Red Dog.

Three is definitely the worse of the two ages. I've heard it described as "two, with intent."