My favorite Star Trek Series is Deep Space Nine.  One of the characters that made it such a joy to watch, was Mr. Garak.  As a former spy, now exiled on an alien space station with the Federation in power, he forms an unlikely friendship with the straight laced Doctor Bashir.

One day, Dr. Bashir explains to him why no one trusts his advice or stories by telling the tale of the Boy Who Cried Wolf.

Mr. Garak asks if the moral of the story is what Dr. Bashir claims it to be, "Be honest."  Dr. Bashir asks, "What do you think the moral is?"   He answers, "Never tell the same lie twice."

So when my daughter asked me, "What is the moral of Disney's The Little Mermaid?"  I had to consider, what did I want the lesson to be?

I asked my friends on the internet, and gathered their wisdom, so without further adieu, I present to you, the top ten lessons that should be learned from Disney's "A Little Mermaid."

10) Never trust anyone with a creepy familiar(s). 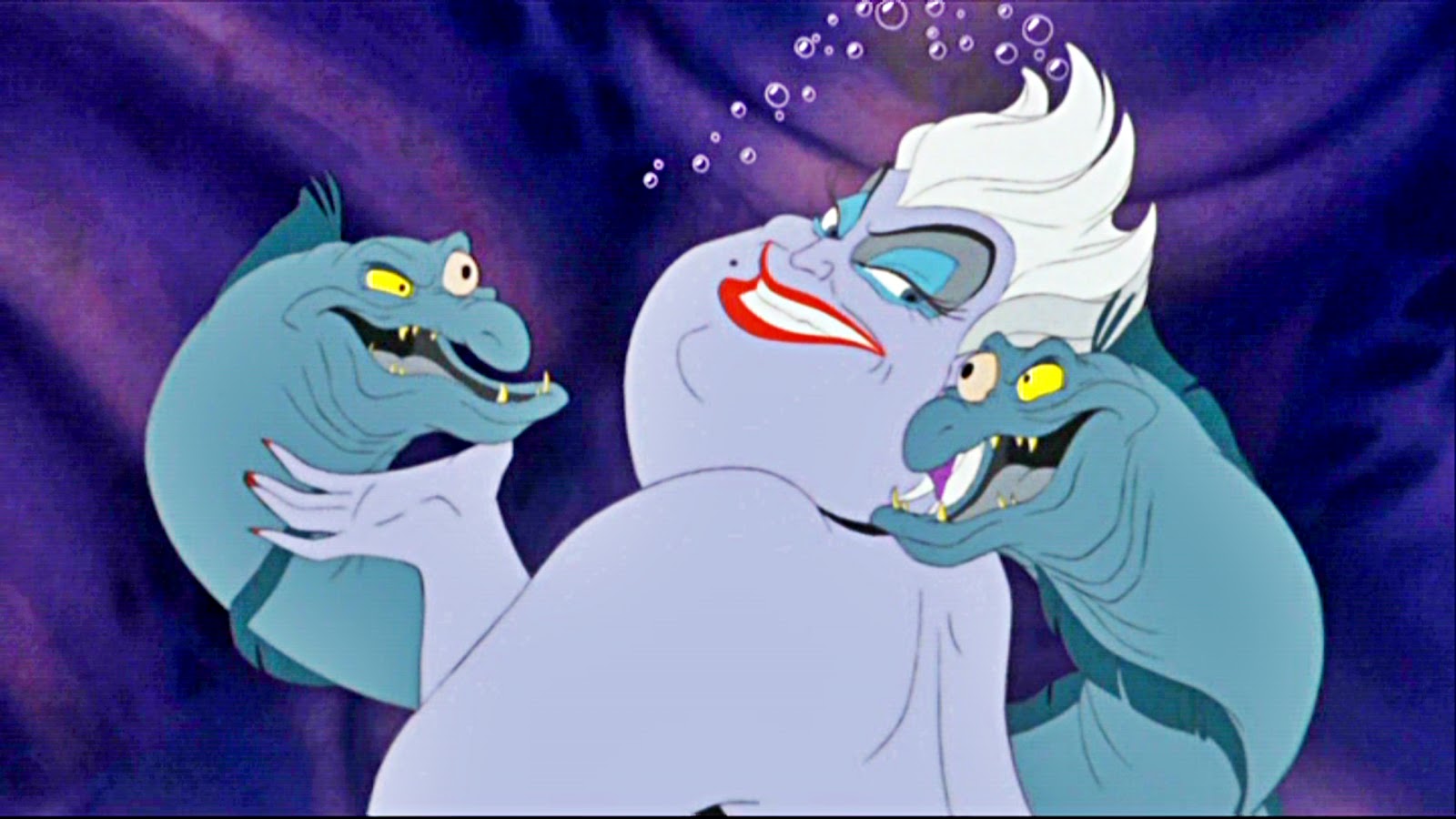 8) If your first act of adulthood involves selling your soul, mutilating your body and renouncing all the collective wisdom of your family and people, you better hope everyone comes to your rescue because this is not a good decision on your part.

6) If the guy can't figure out it's you without your singing...maybe...you want someone smarter.

5) If the girl combs her hair with a fork...maybe...you want someone smarter.

3) If the dog likes a character, this is a good person, marry her. If the dog doesn't like a person, that person must be a villain in disguise, attack and kill.

2) You can marry all you wish, but few survive parenthood in a Disney universe. King Triton is a single dad monarch, and Prince Eric, an orphan for some time.   Sebastian is a singleton, Flounder seems to have no family, and Ursula, seems to have some relationship with Triton, maybe an evil Aunt or Sister, but there are no complete families anywhere.  You've been warned.