Something Else, Something More

My parenting skills run between the urgent, "We need to do something!"and the slothful, "Do we have to do something?" with my reaction to most events in life being something like, "We should have done something more."  and "Why didn't we do something?"  and when the kids do something spectacular, being in awe and thinking, "I've done nothing to merit this."

When I objected the third time, she set the timer and sent me to my room.

While I slept, they scurried, all of them about the house.  There was a post-it on my door.  DO NOT ENTER UNLESS DEAD! to cut out the psuedo emergencies several children created to gain access.

The oldest son went out with the mission, procure dinner.

The rest of the children...folded and got rid of the laundry.  There had been 8 baskets and three couches plus the floor covered.  It now looks like this: 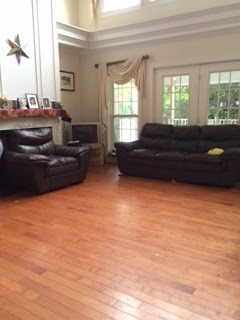 They also cleared off the table near the front, the table that had been bulging with papers and files and notebooks and book bags and I don't know what else.  Two daughters remade it into a prayer table.  It now looks like this: 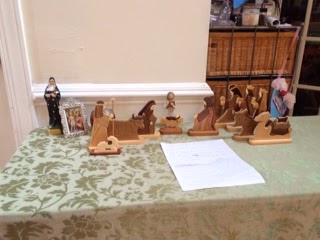 And to top it all off, they left a note for me on the dry erase board. 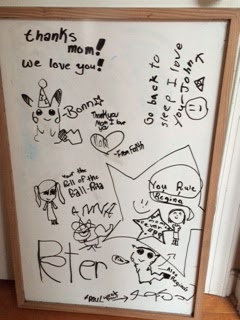 We sat, said grace and feasted.  The kids had pizza.  Two of the older ones had wings, and I had a Stir Fry Japanese Noodle bowl with pot stickers from Noodles and Company.   They also bought me a diet coke.

Sometimes, reality breaks your heart with love.   And when it does, it's really something else.  Something more.  Have a great Friday!

I love this! Sherry, I remember babysitting for you when your sweet mom and dad were with us at the Lamar Neuman Center. They raised wonderful children, and in turn, YOU are raising wonderful children! I hope you will have a restful, peaceful weekend!

Sherry..this sounds like something my children have done for me....when I get so overwhelmed that my head spins...even now that they are all adults. I also remember babysitting for you and your brother and even attending a " Happening " weekend at the Newman Center at Lamar. Your parents were smart, kind, and so down to earth with everyone. I saw how they lived their Christian life and have never forgotten that. I love reading about your family life....your life is a witness as to the goodness of God.